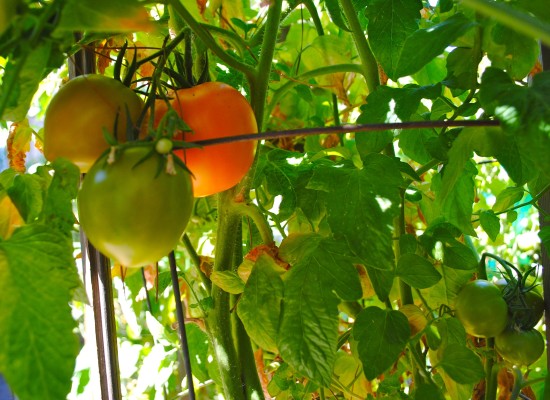 By day, Lee Brokaw is a general contractor, in his spare time he pursues his passion for gardening and cooking.  In both, his natural curiosity leads him to try the new and unusual.  While others talk about locally grown food, Lee practices it. He recently brought me a sample of his delicious and spicy quinoa salad made with cucumbers, peppers, red onion, cilantro, garlic and lime juice all grown in his garden.  I kidded him that next year he will have to plant quinoa as well. His backyard gardens in Palo Alto and Santa Cruz are crammed with a wide variety of vegetables, fruits and herbs. Lee credits much of his gardening success to fish heads buried in the soil, a technique Native Americans reportedly taught to European settlers. The fish heads break down, gradually releasing nitrogen and minerals (as evidence that this works, see the controlled experiment in the photo below). Gardeners on line suggest planting them kind of deep so critters (likely racoons) won’t be tempted to dig them up. More photos of Lee’s garden, after the jump. If you garden, I invite you to share pictures of your garden and recipes of dishes you make from home-grown food with readers of MacroChef (email to alindersf@aol.com). 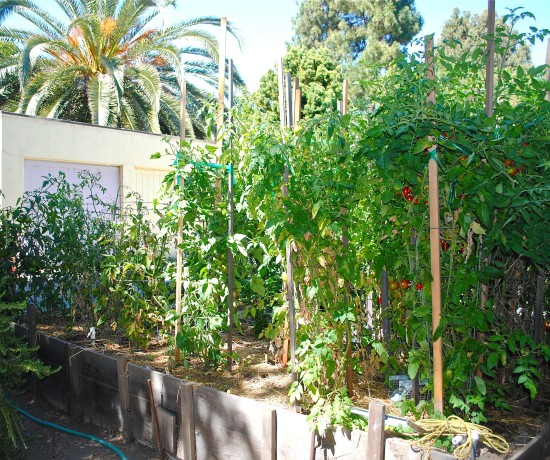 Right front: tomatoes grown with fish heads buried underneath. T0 the left rear, the same tomato variety grown under the same conditions, but without the fish heads.